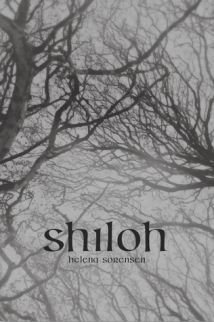 In a world of perpetual darkness, a boy is born who wields remarkable power over fire. Amos is no more than seven when he kills a Shadow Wolf and becomes a legend in Shiloh. He would be destined for great things were it not for the stories his father tells about a world beyond the Shadow and a time before the Shadow. Only madmen hold to such tales, and in Shiloh, they have always come to bad ends.
Amos is fearless. He walks with easy confidence, certain that the Shadow cannot touch him. Even his family is in awe of him. His father marvels at his skill with the bow, his mother thanks the gods that he has all the courage she lacks, and his sister, Phebe, worships him for saving her from an attack of the Shadow Cats.
On a trip to the village of Emmerich, Amos rescues the Magistrate’s son, Simeon, from the village bullies. Simeon, fair-skinned and pale-eyed like other Dreamers in Shiloh’s history, becomes Amos’s constant companion and dearest friend. Simeon becomes a part of Amos’s family, listening to fireside stories told in a way he’s never heard them before and learning to wield a bow and arrow.
The year the boys turn twelve, they are itching to prove themselves. An impetuous plan to steal a beautiful lantern goes miserably awry, and the lantern’s owner prophecies that Amos will be devoured by the Shadow. For the first time, a seed of fear is planted in Amos’s mind, and when his father is killed by a Shadow Wolf on the last day of the Great Hunt, the fear takes hold. If so great and brave a man as his father could fall to the Shadow, what hope has he?
x
x

I received this book from the author for an honest review.

Shiloh is a unique young adult epic fantasy that keeps your interest from the first page. It is well written and engaging.

The characters are well developed although I felt like I knew the three main characters in Shiloh better than I knew Isolde. I liked Amos when he was young until he was turned to the dark side. Phebe and Simeon were my favorites and I felt that they belonged together from the beginning. I kept waiting and hoping…I did wish that there was more to their story.

The last part of Shiloh had good descriptions. I could picture the landscape as they traveled. I often get bored with journeys in books but this one held my interest for the most part.

There is a lot of legend interspersed throughout the book. For those who like legend and lore, Helena Sorensen has done a good job with the detail.

I recommend this book and hope that there are more books about Shiloh in the future. Available on Amazon

A frail boy stood against the wall. His hair and skin were so pale,
they looked almost white, and his eyes, wide with fear, were the lightest
of blues. This is what Amos noticed first. The second thing he noticed
was that the boy’s arms were tied behind him with a coarse rope. His
ankles were bound as well. And not a dozen steps away, a larger, darker
boy stood with an arrow at the string. His friends stood nearby, shouting
instructions.
“Get ‘is ear! You can make the shot, Ferlin!”
“‘Course I can make the shot. I could part ‘is hair if I wanted.”
“Not ‘is ear…’ is eye. That’s where the danger is. Ya never know. ‘e
could be a Shifter.” “No, ‘e couldn’t. They’ve got green eyes, Dorian, ya
blockhead. I ought’a kill ‘im straight out.”

“Don’t, Ferlin. They’ll take ya ta the Magistrate.”
“And what if they do? No woman can spill my blood, whatever ‘er
title be.”
“Come on, Ferlin. Let’s see what ya can do!”
All this Amos heard as he approached, and before the boys noticed his
presence, he could see, even in the meager light, beads of sweat breaking
out on the face of the boy against the wall. In a flash, Amos had strung
an arrow. He stepped out, blazing with purpose, between the group and
the boy.
“Drop yer bow!” he commanded.
Ferlin and the others were taken by surprise. One of the boys slunk
back into the shadows, but to Ferlin’s credit, he stood his ground.
“Out o’ the way,” he said. “This is not yer fight.”
“I told ya ta drop yer bow,” Amos repeated. He drew the string along
his jaw, closed one eye, and prepared to loose the arrow.
“You’re askin’ fer trouble. I’m the best shot in the village, and everyone
knows it,” Ferlin fired back.
“Aye. It takes a great marksman ta hit a bound target.” At this, one of
Ferlin’s friends snickered.
“Why not try huntin’ somethin’ that fights back? Then we’ll see what
kind o’ shot ya really are.”
Ferlin, whose rage and injured pride had almost driven him to release
his arrow, finally realized the identity of the intruder. His mouth went
slack, and his bow sank to his side. This was Amos. He had killed a
Shadow Wolf in the deep dark of the Whispering Wood. It was a feat that
many boys in the village dreamed of accomplishing. Some even boasted
that they had done it. But here, in the flesh, stood a mere boy of seven
who had actually killed the most feared predator in all Shiloh. This boy
was a legend…already. And if he could shoot a Shadow Wolf in the blackness
of the wood, he could shoot a boy on the edge of the village. Ferlin
threw a quick glance at his remaining friends before turning and melting
away into the darkness.
Amos dropped his bow slowly, releasing the muscles held tense during
the encounter with Ferlin. Then he slung his bow over his shoulder, and,
using the dagger he carried in his belt, cut the ropes of the captive.

The boy’s eyes were now wide with awe instead of fear. His mouth was open
and tipped up on one side.
“You’re Amos,” he said.
“Aye. And you’re welcome,” Amos replied with a broad grin that told
the boy he was only teasing.
“I’m Simeon,” he said with a shy smile. “Thank you.” 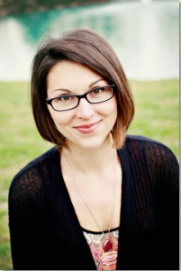 It is only in recent years that Helena Sorensen discovered how deep her love is for epic fantasy. In preparation for writing Shiloh, and as part of her independent education in literature, Helena has read scores of books: books for children and young adults and adults, National Book Award Winners, and Newberry Honor Books. But she always comes back to the fantasy novels. Helena loves the idea that anything is possible in the world of fantasy. There is no limit to the imagination, and she can choose to embark on any kind of adventure.
x
x
helenasorensen.com
twitter.com/HelenaSorensen1
facebook.com/pages/Helena-Sorensen/376085245838687
x
x

Enter to Win a copy of Shiloh or an Amazon gift card: 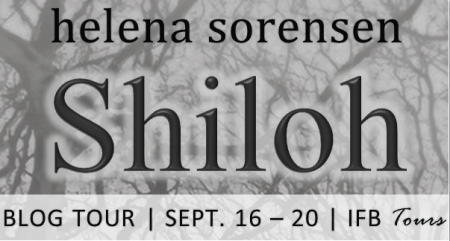 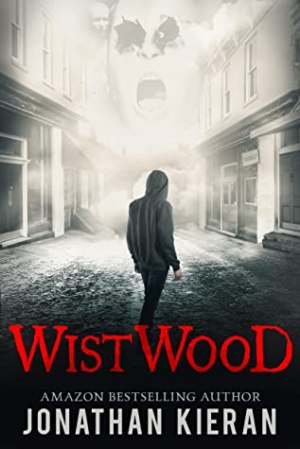