Chapel Ryan isn’t crazy. At least, that’s what she’s been trying to convince herself of for most of her life. But after being hallucination-free for three years, Chapel finds herself face down on her English classroom’s gritty linoleum floor. When she looks up, everyone around her is suspended in animation. Mouths hang open mid-yawn, feet hover mid-cross, Ms. Freeman’s arm flexes mid-sentence diagram. It’s another hallucination. Or, is it?

Chapel prepares to tear herself back to reality when something happens. Something that has never happened before in any of her hallucinations–someone moves. And not just any someone—it’s the new guy with a scar over his lip and a reputation as black as his perfectly styled hair. And all of the sudden Chapel’s white-knuckle grip on her life has slipped, and with it, her assurance that what she’s experiencing isn’t real.

Tempus is about two teens falling in love but that’s just a small part of this story. There is a love story here and it is the kind of love we all dream about but I was impressed when Zay told Chapel that she couldn’t be his top priority. That’s pretty mature for an 18 year old.

The characters are well developed and the author presents them in such as way  that you either like or dislike them. They are complex enough, however, that there are a couple of surprises here and there.

The author’s fantasy world is well presented in Tempus. Sometimes authors have some interesting ideas but they’re hard to follow. Holly Lauren, though, does a great job of explaining Chapel’s “hallucinations” as well as what is really happening to her and around her.

Even though there was a good conclusion to this book there were some questions left unanswered so I’m hoping there’s another book to follow. Actually, I hope there are many books to follow. Holly Lauren is a great storyteller! 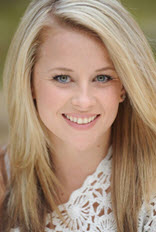 Holly was born and raised in a small town in North Georgia. The third of four children, Holly grew up telling stories to get herself out of—and her siblings into—trouble. When she was eight years old, she penned her first publication: a newspaper called Sunny Dayz News. While she didn’t sell any actual copies, her sympathetic grandmother did peruse through the edition at least once.

When Holly isn’t dreaming up new plotlines for her next book, she enjoys breakfasting at Picnic Café in Dahlonega, Georgia with her (handsome) husband and their two (adorable) daughters.

One thought on “Book Review: Tempus by Holly Lauren”