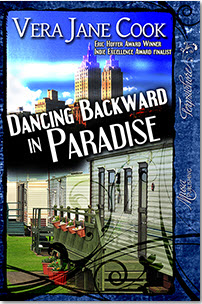 Life for Grace Place is all about sucking on “meat jerkys” and Lenny Bean, her handsome lover. Grace’s mother has loftier plans for her daughter. She insists that Grace save her money and move to New York City so she can find fame and fortune as an actress.

Grace works as a cleaning lady for wealthy Betty Ann Houseman so she can pool her pennies for the trip north. Betty Ann has a passion for men more pronounced than her overbite, and it isn’t long before she’s parting the sheets for Lenny Bean. But just before Grace leaves Hixson for New York City, she uncovers an insidious plot: the Bean family is trying to steal Betty Ann’s estate.

Grace flees to New York, where she faces her darkest hours. In a world of surprises, Grace truly discovers paradise.

Dancing Backward in Paradise is the story of Grace Place who’s in her early twenties.  She falls in love for the first time but her mom wants her to go to New York City to become an actress as soon as she has enough money. Grace plans on going to New York just to make her mom happy.

I liked Grace because she is good hearted and she tries to do the right thing. It was hard for me to believe that anyone could be as naive as Grace.

This is a good story with a lot of unique characters and drama with many twists and turns. It was predictable at times and a little frustrating when Grace was surprised about things that were so obvious. There is a lot of unnecessary cussing in this book. If that doesn’t bother you, then I recommend Dancing Backward in Paradise.

Vera Jane Cook, writer of Award Winning Women’s Fiction, is the author of The Story of Sassy Sweetwater, Lies a River Deep, Where the Wildflowers Grow, Dancing Backward in Paradise and Annabel Horton, Lost Witch of Salem.

Jane, as she is known to family and friends, was born in New York City and grew up amid the eccentricity of her southern and glamorous mother on the Upper West and Upper East Side of Manhattan.

An only child, Jane turned to reading novels at an early age and was deeply influenced by an eclectic group of authors. Some of her favorite authors today are Nelson DeMille, Calib Carr, Wally Lamb, Anne Rice, Sue Monk Kidd, Anita Shreve, Jodi Picoult, Alice Walker and Toni Morrison. Her favorite novels are too long to list but include The Story of Edgar Sawtelle, Cheri and The Last of Cheri, The Picture of Dorian Grey, Wuthering Heights, Look at Me, Dogs of Babel, The Bluest Eye, The Art of Racing in the Rain, Body Surfing, Lolita, The Brothers Karamazov, She’s Come Undone, Tale of Two Cities, etc., etc., etc., 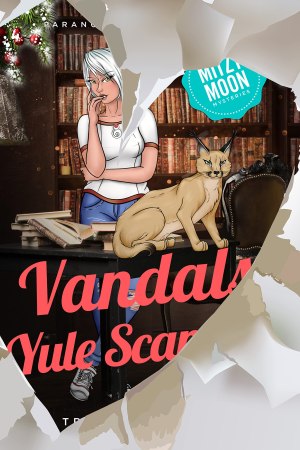