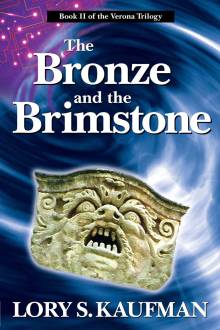 Title: The Bronze and the Brimstone (Book II of the Verona Trilogy)

What could go wrong in the 14th-century
for three time-traveling teens?
How about – EVERYTHING!

Hansum, Shamira and Lincoln, three teens from the 24th-century, are trapped in 14th-century Verona, Italy. They’ve survived many deadly experiences by keeping their wits about them and by introducing futuristic technology into the past. Principal among these inventions is the telescope, which brought them to the attention to the rich and powerful.

But standing out can get you into unexpected and dangerous situations. The nobles of Verona now believe Hansum is a savant, a genius inventor, especially after he brings them plans for advanced cannons and black powder. Being the center of attention is great, but the potential for trouble is now exponentially greater because people are watching Hansum’s every move.

Meanwhile, artistic genius Shamira has fallen for a Florentine artist with bloody and disasterous consequences. Lincoln, considered an incompetent back home in the 24th-century, has blossomed – at least until he’s shot in the head with an arrow. And Hansum, after secretly marrying his new master’s beautiful daughter, Guilietta, is offered the hand in marriage of lady Beatrice, daughter of the ruler of Verona. To refuse could mean calamity for all the teens.

Amazingly, none of this is their biggest challenge. Because a rash illness is spreading across Verona – and it is threatening to consume everyone.

Do they have a future in this past?

The Bronze and the Brimstone is the second book in the Verona Trilogy which is young adult science fiction/fantasy. It starts where The Lens and the Looker leaves off and it was one of those books that I stayed up reading all night because I couldn’t put it down.

The Bronze and the Brimstone is well written and easy to follow. It has a lot of twists and turns. And what an ending!

The characters are well described. The main characters, Hansum, Shamira, and Lincoln continue to grow. There were times that I was concerned about Hansum, though. It seemed like he was growing to be more like the men he worked for and was losing sight of who he really was.

I definitely recommend The Bronze and the Brimstone  for young adults as well as adults. I’m looking forward to reading the last book in the trilogy, The Loved and the Lost.

Lory Kaufman lives and works in Kingston, Ontario, Canada. His post-dystopian novels and their positive bent come from his interest in environmentalism, sustainability, population studies, history, and wanting to have a serious discussion about the future. Plus, he likes to have a good time. 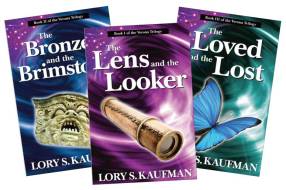 2 thoughts on “Book Review: The Bronze and the Brimstone by Lory S. Kaufman” 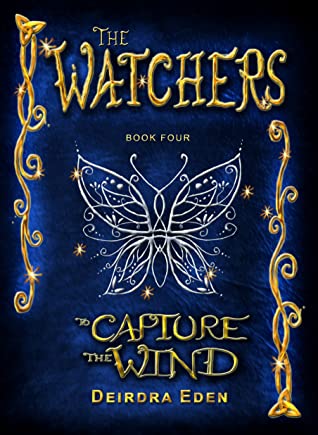 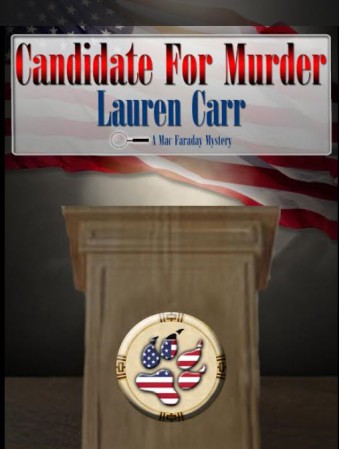 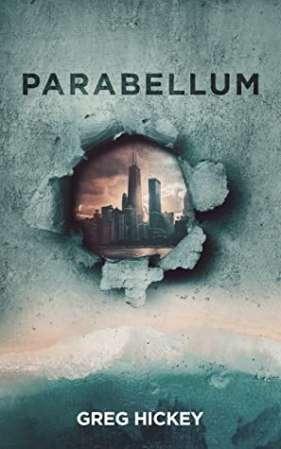