Jennifer Coburn has always been terrified of dying young. So she decides to save up and drop everything to travel with her daughter, Katie, on a whirlwind European adventure before it’s too late. Even though her husband can’t join them, even though she’s nervous about the journey, and even though she’s perfectly healthy, Jennifer is determined to jam her daughter’s mental photo album with memories “just in case.”

From the cafés of Paris to the top of the Leaning Tower of Pisa, Jennifer and Katie take on Europe one city at a time, united by their desire to see the world and spend precious time together. In this heartwarming generational love story, Jennifer reveals how their adventures helped vanquish her fear of dying…for the sake of living.

I received a free audiobook for an honest review.

We’ll Always Have Paris isn’t my usual genre but I thought I’d give it a try. These are Jennifer Coburn’s memoirs of her travels with her daughter. I admire that even though their home is in need of repairs, she’d rather save the money to take her daughter on trips to show her world while she can. It’s sad that her reason is because she thinks she’ll die young and, hopefully, she’s wrong. Better safe than sorry, though, I guess.

One of the reasons I don’t read about travels very often is because some authors tend to get bogged down in the descriptions of where they’ve been. Jennifer Coburn, however, describes their travels very well but doesn’t overdo it so it kept my interest throughout. She also has a great sense of humor. I found myself laughing a few times, especially when they were in Panama.

I liked the relationship between Jennifer and her daughter. If I had a daughter, I’d want our relationship to be similar to theirs. I also liked the memories of Jennifer’s parents, especially her father. It’s obvious that she loved him and misses him very much. She’s as good at describing relationships as she is at describing Paris.

The narrator of the story was easy to understand. One thing  that threw me off a few times was when I didn’t realize there’d been a change from the present to memories of the past and vice versa. A pause between those changes would have helped a lot.

I definitely recommend We’ll Always Have Paris even if it’s not the type of book you usually read. I’m glad I decided to review this book.

This is a Great Trailer! 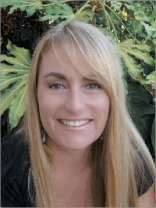 Jennifer Coburn is a USA Today best selling author of six novels and contributor to four literary anthologies. Over the past two decades, Coburn has received numerous awards from the Press Club and Society for Professional Journalists for articles that appeared in Mothering, Big Apple Baby, The Miami Herald, The San Diego Union-Tribune and dozens of national and regional publications. She has also written for Salon.com, Creators News Syndicate and The Huffington Post.

Coburn lives in San Diego with her husband, William, and their daughter, Katie. We’ll Always Have Paris is her first memoir.