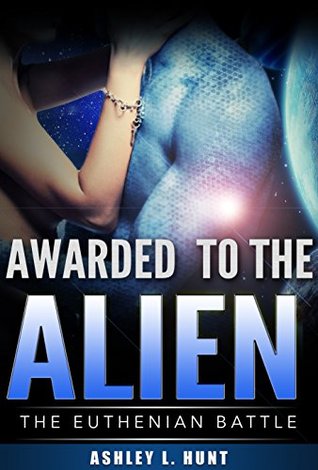 My dad decided about my future without me. I have to marry an Alien Prince I have never seen before, and I will have to sacrifice my happiness for the rest of humanity. But how can I do that?

Kataline is a curvy, sensitive, lovely woman who has to marry the Alien Prince, Kerr. Her father arranged this marriage to bring peace on Earth without asking her about her feelings! She is the first genetically engineered woman, and she has never had sex before in her life!

Kerr is the Alien Prince of the Planet Euthenia. His mother died while he was very young and he has never met true love. He is the most handsome Alpha male on his planet, and even though he could have any woman he wanted, he arranged this marriage for political reasons. His father is against his decision, but Kerr has to follow his own path as he is to become the future King!

Those two never-loved souls have to make this work. However, one of them has a dark secret. A secret unknown to everyone except for Kataline’s father who will not say anything about it until it is too late. While they are heading back to Planet Euthenia, an Uprising starts there by Earth Colonists.

When Kerr’s father is informed about it, he imprisons Kataline!

Was this Kataline’s father plan all along? Was she a part of the scheme? Will Kerr save her or not? What will happen between those two?

Expect steamy scenes, mysterious aliens, deadly planets and the love story between a curvy woman from Earth and a sensationally hot alpha male!

Kerr is a previously published story under the name Alien Battle.

The way Awarded to the Alien is written makes me think that the author may have been trying too hard. It needs a good edit. But that’s just the beginning. There are several things that don’t make sense, such as Kataline being an advanced human being made from the DNA of scientists, geniuses, and beautiful people, and she has read many romances, but she is clueless. Beyond clueless when dealing with Kerr. It is frustrating for the reader and makes no sense.

This book was short, thank goodness, so I finished it but I can’t recommend it as it is at this time.

Ashley Hunt gained her Philosophy degree in Denver, Colorado at The University of Colorado.

She made Denver her permanent home when she married her college sweetheart. Married six years the couple has a five-year-old daughter and a yellow Labrador named Oodles.

Living in the shadow of Gray’s Peak proves to be inspirational to Ashley as she sits at her desk in her home office where she writes her Romance stories and can merely look out the window to renew her creativity.

She strives to make stories with beautiful scenery and intriguing plots. Heroes with great strengths, physical and mental, she pairs with strong heroines who test their limits. In the end, finding deep, passionate love. The way she thinks every relationship should be.

One thought on “Book Review: Awarded to the Alien (The Euthenian Battle #1) by Ashley L. Hunt”

As an Amazon Associate, I earn from qualifying purchases.