Monkey Talk is loosely based on the Chinese myth, the Monkey King, a timeless story about who belongs, and who doesn’t. In a future in which Chimps can give lectures on cybernetics, Mr. Towry is a Chimp with an attitude. Unfortunately, the rules are still “No shirt, no shoes, no service.”

I chose to read this short story after receiving a free e-copy. All opinions in this review are my own and completely unbiased.

This is a sad but realistic story from the point of view of Professor Towry, a Chimp in the future who is very intelligent. He does have to take meds every day or he reverts back to being “wild,” but with the meds he is so smart that he gives lectures on cybernetics.

Despite the civility of Professor Towry, he is looked upon by humans as an enigma, which he is, but he doesn’t like being stared at or being treated differently.

Monkey Talk is an interesting short story that brings up a slew of issues to consider especially with the way things are progressing today. I felt bad for the Chimp but it’s an example of how everyone who is different is treated. I doubt mankind will ever change in that respect.

T. Lucas Earle is a writer, filmmaker, and amateur statistician  He lives in LA, a comfortable 60 meters above sea level, where only three out of every 100,000 people are murdered.

T. Lucas has a degree from Emerson College, which makes for a terrific placemat. He spends his days reading scripts – a job for which he receives  nominal remuneration. Like many slightly brain-damaged children of hypoxic former left-wing political cult members of the 1970s , he will review almost anything.

When T. Lucas is not reading and groaning quietly to himself, he writes and groans much louder.  He has written several short stories, a screenplay or two, and is working up the courage to write a note to the fetching young lady who works at the Starbucks on Glendale Ave. He’s been published in Electric Spec, The Colored Lens, and on Amazon, where you can find his short stories.

T. Lucas also writes blogs filled with hidden SOS messages, in the hopes that one day someone will find him and rescue him from the Internet. 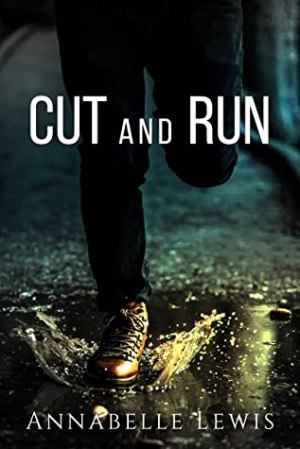