What happens when you’re really, truly done making your marriage work? You can’t be married to someone without sometimes wanting to bash them over the head…
As Long As We Both Shall Live is JoAnn Chaney’s wicked, masterful examination of a marriage gone very wrong, a marriage with lots of secrets…

“My wife! I think she’s dead!” Matt frantically tells park rangers that he and his wife, Marie, were hiking when she fell off a cliff into the raging river below. They start a search, but they aren’t hopeful: no one could have survived that fall. It was a tragic accident.

But Matt’s first wife also died in suspicious circumstances. And when the police pull a body out of the river, they have a lot more questions for Matt.

Detectives Loren and Spengler want to know if Matt is a grieving, twice-unlucky husband or a cold-blooded murderer. They dig into the couple’s lives to see what they can unearth. And they find that love’s got teeth, it’s got claws, and once it hitches you to a person, it’s tough to rip yourself free.

So what happens when you’re done making it work?

I chose to read this e-book after receiving a free copy. All opinions in this review are my own and completely unbiased.

This is a difficult review to write because I’m conflicted. The plot and the multiple twists were great but personally, I couldn’t stay interested in the book because of so much extra, unnecessary information. Normally, I don’t mind when an author changes between times but it was a bit too much here.

Matt pushes his wife Marie off a cliff and when detectives find out that his first wife died under suspicious circumstances, they realize that they need to look closer at Matt. The more they (and the reader) find out, the crazier things get.

There’s a subplot with Detective Loren that I could have done without. Whether he was guilty or innocent didn’t matter to me…it was difficult to read about him because he was such a nasty character. He was demeaning and rude to men and even more to women.

I guess I was disappointed because As Long as We Both Shall Live was an okay read but it could have been a fantastic read.

JoAnn Chaney lives in Colorado. Her first novel, WHAT YOU DON’T KNOW is out NOW, and AS LONG AS WE BOTH SHALL LIVE is available for preorder! Get it wherever books are sold: 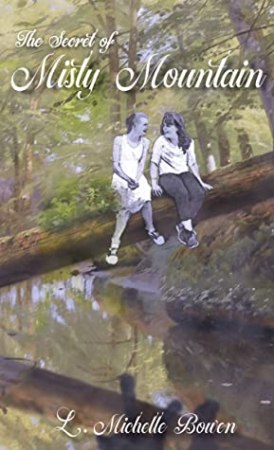