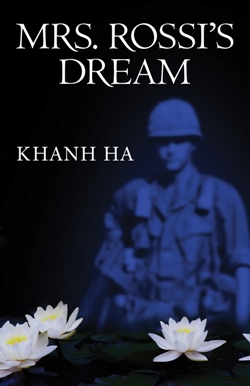 “I read Mrs. Rossi’s Dream with a sense of awe, that one novel could answer so many lingering questions we’ve had about the tragedy of the Vietnam war and the men and women who suffered so greatly on both sides.”-Dan Pope, author of Housebreaking, Simon and Schuster

“Evocative, mysterious, and lovely, this is a remarkable book, for the beauty of the writing, the compassion for all the characters on any side.”-Judith Shepard, co-publisher and editor-in-chief of The Permanent Press

Praise for Flesh and Demon Who Peddled Longing

“The Demon Who Peddled Longing is rich with the kind of sensory experience that translates into a reader’s complete immersion into another time and place, allowing them to fully inhabit a 19-year-old boy’s experience in Vietnam.

Khanh Ha’s Flesh, a visceral and harrowing read, serves as a brilliant companion for his new novel. The phrase ‘body of work’ is particularly appropriate to use in discussing these books, for they share a preoccupation with natural and organic detail.

In many ways the ordinary and innocuous details which fill Nam’s everyday life are as significant as the story’s more dramatic events and interactions.

A reader will be as likely to recall the scenes filled with moonshine rice liquor and blowfish in batter, as the episodes of intimacy and violence. The tastes (from snakehead fish to hot pepper sauce) and sounds (from the clanking of keys and a dog barking to the wind rustling and flute playing); what is smelled (from the dark damp earth to the ooze of infected tissue) and what is touched (from boils lanced on a loved one’s back to mushrooms cut and fried): all of these details add to the reader’s understanding of Nam’s experience.

Perhaps no sense is more integrally rooted in the story than the sights which are often both beautiful and harsh in the same instance. But whereas the tragic elements of experience seemed to engulf all other aspects of life in Flesh (likely deterring those readers who do not want to explore difficult subject matter in fiction), there is a solid foundation of beauty in this work. Vietnam is a beautiful country, one too rarely represented on the page.

As was the case with Flesh, The Demon Who Peddled Longing welcomes readers who seek – rather than have experience – of this time and place. The work’s themes emphasize the human experience, and this offers an excess of opportunities for the reader to connect with Nam and recognize common elements with his personal experience.

The Demon Who Peddled Longing straddles the individual and the human experience and explores the fragile connection between states of being. Writers like Khanh Ha take the reader into ordinary and glorious places.”-Buried In Print

“Ha’s prose is poetic as it paints the scene in which you can smell the opium, see and hear the brown of Tai’s village and the busy streets of Hanoi, and feel the delirium of smallpox or his pulse quicken as he begins to fall in love.

From the atmosphere to the myths and legends, Ha generates a novel that will capture readers from the beginning.

Flesh by Khanh Ha is a stunning debut novel that showcases the writer’s ability to become a young male narrator whose view of the world has been tainted by his life circumstances and tragedy, but who has the wherewithal to overcome and become a better man.”?Serena, Savvy Verse & Wit 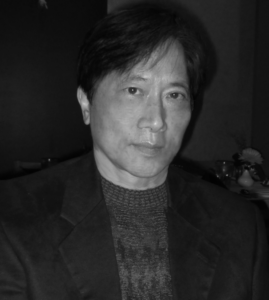 Award winning author, Khanh Ha is the author of Flesh (Black Heron Press) and The Demon Who Peddled Longing (Underground Voices). He is a seven-time Pushcart nominee, a Best Indie Lit New England nominee, twice a finalist of The William Faulkner-Wisdom Creative Writing Award, and the recipient of Sand Hills Prize for Best Fiction, and Greensboro Review’s Robert Watson Literary Prize in fiction. The Demon Who Peddled Longing was honored by Shelf Unbound as a Notable Indie Book. Ha graduated from Ohio University with a bachelor’s degree in journalism.

This giveaway is for the choice 3 print copies or ebook copies of the book , 1 copy per each of 3 winners.  Print is available to Canada and the U.S. only but ebook is available worldwide. This giveaway ends on May 8, 2019 at midnight pacific time.  Entries are accepted via Rafflecopter only. 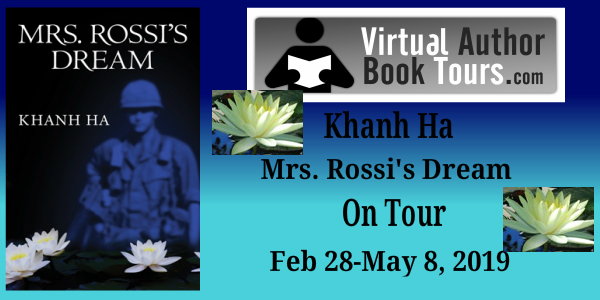 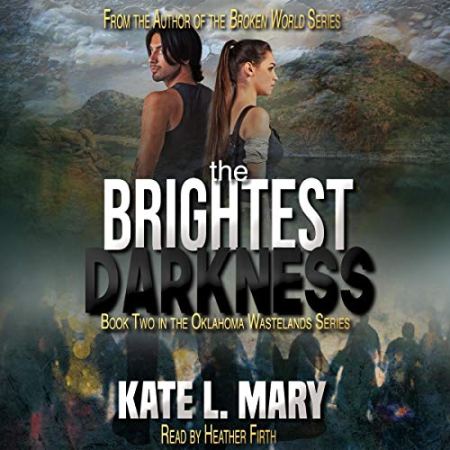