After posting my review of The Coast-to-Coast Murders, I received several emails asking me to explain the epilogue. I realized that there were two possibilities, and I had a feeling that the authors wrote it that way so that everyone would be wondering. I was right!

I asked J.D. Barker to please enlighten us, and this was his response:

I think you nailed it – we purposely want people to walk away those two exact thoughts:

– Did Dr. Rose fake her death in order to continue her work with Megan?
or- Did Megan imagine the entire thing?

As you can imagine, I’m not ready to share the answer just yet and if I did, Jim might send a hit squad after me 🙂

I appreciate his quick response even if we don’t have an answer yet. Does this mean there’s going to be a sequel??

James Patterson is the world’s bestselling author and most trusted storyteller. He has created more enduring fictional characters than any other novelist writing today, with his Alex Cross, Michael Bennett, Women’s Murder Club, Private, NYPD Red, Daniel X, Maximum Ride, and Middle School series. He has sold over 380 million books worldwide and currently holds the Guinness World Record for the most #1 New York Times bestsellers. In addition to writing the thriller novels for which he is best known, among them The President Is Missing with President Bill Clinton, Patterson also writes fiction for young readers of all ages, including the Max Einstein series, produced in partnership with the Albert Einstein Estate. He is also the first author to have #1 new titles simultaneously on the New York Times adult and children’s bestseller lists. 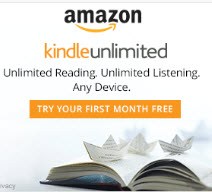