The United States was not always united. On December 20, 1860, South Carolina became the first state to leave the Union. Soon after, many other states joined it to try and create their own country: the Confederate States of America. Within months, the Confederates would launch an attack on Fort Sumter and begin a war that lasted almost four years. This engaging story explores how and why the war started, who was fighting, what happened during the many bloody battles, and how the Union and Confederacy reunited.

Get early readers interested in one of America’s most defining historical events with this standout guide to the Civil War for kids 6-9.

I chose to read this book after receiving a free e-copy from Callisto Publisher’s Club. All opinions in this review are my own and completely unbiased.

This is a concise history of the Civil War that explains that it was fought over slavery. It describes the tensions before the war, the Mason-Dixon Line, some of the major battles of the war, reconstruction, and current issues for black people.

There are some extras in The History of the Civil War that will encourage children to learn. Some of the words are bold which means they are in the glossary in the back. There are also timelines and graphics called “Who,” “Where,” and “When.” Occasionally there’s an arrow with “Jump in the Think Tank” suggestions, which encourage children to think about what they might do in a given situation. There’s a quiz at the end as well as additional Think Tank questions.

It’s important for children to learn about the Civil War and other historical events. This is a good book for that. “Those who don’t know history are destined to repeat it,” Spanish philosopher George Santayana.

Susan B. Katz is an award-winning, Spanish bilingual author, National Board Certified Teacher, educational consultant and social media strategist. As a former bilingual educator of over 25 years, Susan incorporates props, puppets and multimedia into her presentations making them interactive and engaging. Susan has eight published books with Scholastic, Penguin Random House, Barefoot Books and Callisto Media. MEDITATION STATION, about mindfulness and trains, comes out this fall with Bala Books (Shambhala). She has six chapter book biographies with Rockridge Press including THE STORY OF RUTH BADER GINSBURG, THE STORY OF FRIDA KAHLO, THE STORY OF JANE GOODALL and THE STORY OF ALBERT EINSTEIN. Scholastic published Susan’s book ALL YEAR ROUND and it was named “Best New Book” by The Children’s Book Review. She translated it into Spanish as Un Año Redondo. MY MAMA EARTH (Barefoot Books), won the Moonbeam Gold Award for Best Picture Book as well as being named “Top Green Toy” by Education.com. ABC, BABY ME! (Random House) debuted to rave reviews and sold out of its first print run in three months. ABC SCHOOL’S FOR ME (Scholastic) was illustrated by Lynn Munsinger and reviewed as “having verse that never misses a beat.” Susan is also the Founder and Executive Director of http://www.ConnectingAuthors.org, a national non-profit bringing children’s book authors and illustrators into schools and libraries as role models of literacy and the arts. Ms. Katz served as the Strategic Partner Manager for Authors at Facebook. When she’s not writing, Susan enjoys salsa dancing and spending time at the beach.

Patrick Corrigan was born in Cheshire, England. With a passion for precision, he grew up drawing and designing arts and crafts. After studying ceramics at university and training as an art teacher, he became an art director at a busy design studio where he would work for nearly 10 years. While there, he honed his skills working on more than 500 educational and picture books for children as well as animations and branding. Now based in Hammersmith, West London, Patrick uses Photoshop, Illustrator, and sometimes even real art equipment to create his work. He draws best when listening to his vast collection of vinyl. 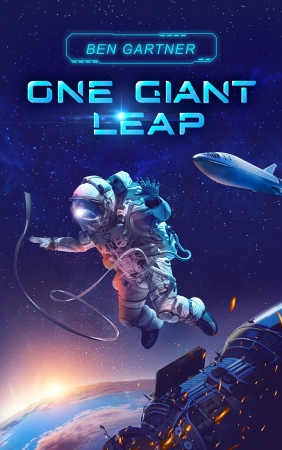