WARNING: This is the end.

Where do the damned go when they die? Hell, of course. But as Dylan Hart discovers in this sixth and final novel, there’s more than one way to spend eternal damnation.

Waking up in a new and disturbing world, Dylan fights to keep her grip on reality. As old foes surface, so do the memories she has been trying to keep hidden from the world and herself.

Trapped in the abyss of her own personal Hell, Dylan is faced with the realities of the world she’s fallen into and the consequences of her depravities. Unfortunately for Dylan, this revelation could mean the end of life as she knows it.

I wasn’t sure what to expect when I agreed to review White Walls. I have read all of the Dylan Hart novels, and I loved the first 3 books in the series. The next two weren’t hilarious like the others but were darker and I really thought book #5, Bound, was the end of the series. All I can say is wow. I don’t want to give anything away but this book blew my mind.

R.M. Gilmore has a great writing style. I definitely recommend White Walls but it is not a stand alone. This series needs to be read in order.

R.M. Gilmore is a paranormal and mystery/suspense writer and creator of the bestselling occult series Dylan Hart Odyssey of the Occult.

R.M. resides in California with her family and a ton of pets. Choosing to behave ‘outside the box’, R.M. prefers to think and live freely without the constraints of social stigma or the ideals of literary rules. That being said, she truly is not your mother’s author.

After Lupe drops her into the abyss of the otherworld, better known to Dylan as Hell, she wakes in a strange place. Terrified, Dylan attempts to regain control of her life for good.

Struggling to cope, she searches resolutely for the cause of her plight, while Mike, ever vigilant, remains skeptical and leaves her no choice but to lie to him.

Having survived a world beyond our own, Dylan comes face-to-face with a familiar foe, a fierce adversary she never thought she would have to encounter. Herself.

Fifth in the Dylan Hart series, Bound drags us further into the occult than we’ve ever traveled before.

I received a free ecopy of this book from the author for an honest review.

First of all, before reading this book you should read the first four Dylan Hart books. This is definitely not a stand alone book. I really liked the first three parts of the series the best, but this is still a good read. Dylan is a real badass and there was no stopping her, especially when she had her best friend by her side.

Book #4, Forsaken, and this one are more about Dylan going crazy because of being possessed. A lot of it is about what is going on in her head. I was glad to see her accept Mike’s help and allow herself to lean on him more than previously. Even if she didn’t feel she could tell him everything.

I love R.M. Gilmore’s writing style and her sense of humor. Even though this book is pretty dark and is not hilarious like the first three books, there are still moments that will make you smile.

Join the odyssey and discover how deep the rabbit hole goes.

Start the journey from the begining.

First, I love Dylan Hart! She’s not your normal heroine. She’s opinionated, foul-mouthed, and stubborn but she has a heart of gold. She’s unique and she’s normally a badass.

Having lost her best friend (kind of by her own hand), Dylan has been thrown for a loop. She’s not only in mourning but she’s, literally, going crazy and is possessed. This is not your typical Dylan Hart book. It’s not action filled like the previous books. It’s more about what is going on in Dylan’s head. Mike, her ex boyfriend, is still there for her and more is learned about Cyrus.

Although this is a good read, it’s not my favorite Dylan Hart book. I look forward to reading the next one. Also, I recommend reading the other books before reading this one. I think it would be pretty confusing to read this one out of order.

END_OF_DOCUMENT_TOKEN_TO_BE_REPLACED 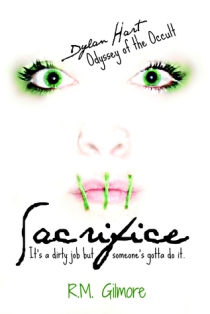 Description: Dylan has found herself in quite the conundrum…oh shit, who are we kidding?
She’s ass deep in death and it’s knocking down her door. Literally.
Endless Night left you with your heart pounding and your stomach in your butt…book three will flip you upside down and take you on a ride that’ll leave your knees quivering and your head lying on the floor…literally.

I always enjoy RM Gilmore’s stories. Her character, Dylan Hart, is unique. She’s opinionated, foul-mouthed, and stubborn but she has a heart of gold

Sacrifice picks up where Endless Night left off. It is nonstop action and continual sexual tension between Dylan and two men (she never does anything in a small way). And, of course, Dylan still can’t keep her mouth shut even if it might get her killed.

RM Gilmore has a great sense of humor. Even when Dylan was in a dire situation I found myself laughing. My favorite line was when she was on her way to kick some butt and she thought, “F***. I have to poop.”

RM Gilmore is giving away Amazon gift cards, signed paperbacks, ebooks, and more! Click on the Rafflecopter link to enter.

The bitch is back in this second installment of the Dylan Hart Odyssey of the Occult series. The irreverent Dylan Hart, once again, graces us with her presence, this time from down in New Orleans. She has drug along her band of misfit vampires, but this time blood drinkers are the least of her worries. Dylan finds herself entangled in the underground world of blood and lust when she encounters a new, and much more frightening, villain. Voodoo. Who do?

Dylan Hart is definitely one of a kind. She’s not afraid to speak her mind, does as she wants, is opinionated and foul-mouthed. She’s great! And RM Gilmore does a very good job at not only making Dylan funny but putting her in hilarious situations.

Once again Dylan has gotten herself into a predicament, this time in New Orleans, where she ends up questioning her beliefs and her sanity. I don’t know how many times I wanted to yell at her to keep her mouth shut but she doesn’t seem capable.

When I was getting close to the end of the book I kept wondering how everything could get resolved by the end. When I first finished reading it, I was dumbfounded. I don’t believe in spoilers so all I’ll say is that it’s going to be a long wait for the next book.

Description: In the opening novel of RM Gilmore’s ‘Odyssey of the Occult’ series, we find Dylan Hart, journalist and self-proclaimed cynical bitch, in her hometown of Hollywood, California. The bodies of seven exsanguinated prostitutes have been found naked and covered in puncture wounds in towns from the Central Valley to Southern California. The media has dubbed them the “Vampire Massacres.”  Dylan has decided to cash in on the tragedy and write a true crime novel. She begins her odyssey with research into the underground vampire scene. All seemed to be going as planned, and as long as fiction can keep its ass away from fact, she should be alright. But let’s face it, someone is draining women of all their blood. There no way in hell it’s going to end pretty.

When I started reading The Scene, my first impression was that it was going to take me a while to get through it. I’m not into the glorification of vampires and the writing was a little awkward. Boy, was I wrong! After the first chapter or so, RM Gilmore got into her groove and it was easy to read and well-written. I like the unique way she shares Dylan’s thoughts. And, thankfully, it is definitely not your typical vampire novel.

Dylan Hart may be cynical but she is also hilarious. She tends to get herself into some interesting scrapes, as all good sleuths do. She’s kind of screwed up when it comes to relationships but that makes for good reading. I don’t like spoilers so I’m not going to go into specifics.

I definitely recommend this book. I’ve started the next book in the series, Endless Night, and it looks like I’m going to enjoy it as much as The Scene. 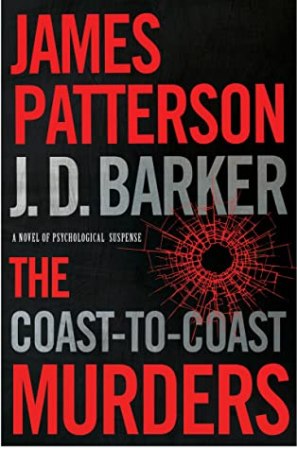