Winter has come to Route 117, a remote road through the high desert of Utah trafficked only by those looking to escape the world and those the world has rejected. Local truck driver Jones, still in mourning over the devastating murder of his lover Claire, is trying to get through another season of his job navigating treacherous roads and sudden snowfall without accident when a mute Hispanic child is placed in Jones’s path at a seedy truck stop along his route bearing a note that simply reads “Please, Ben. Bad trouble. My son. Take him today. His name is Juan. Trust you only. Tell no one. Pedro.” From that moment forward, nothing will ever be the same. Not for Ben. Not for the child. And not for anyone along the seemingly empty stretch of road known as Route 117.

Despite deep misgivings, and without any hint of who the child is or the grave danger he’s facing, Jones takes the child with him and sets out into a landscape that is as dangerous as it is beautiful and silent. With the help of his eccentric neighbors—Phyllis, who turned up one day in her Rolls-Royce with two children in tow and the FBI on her tail; Andy, a Utah State Trooper who is on or off duty depending on if his hat is on or off his head; and Roy, an ex–coal miner who has lived in Rockmuse, off Highway 117, his whole life and survives on odd jobs and the kindness of his neighbors—Jones uncovers buried secrets of the desert that are far more painful than he could have imagined.

In LULLABY ROAD, readers will find themselves enthralled by Anderson’s vivid sense of place and his beautiful and heartbreaking narrative.

“Anderson’s lyrical prose brings a forgotten corner of the world to life, and the authentic narrative does the same for Jones. Recommended for fans of William Kent Krueger’s Cork O’Connor and Craig Johnson’s Walt Longmire.”
– BookList

“…a delicious cast of colorful characters…Lullaby Road is a triumphant mix of landscape, character, wit and sagacity wrapped in a noir thriller.”
– Shelf Awareness

“The action is nonstop, and the plot twists are heart-pounding. Anderson’s vivid prose gives a sense of vastness that is the desert he so brilliantly describes – it is an amazing use of language to create a mood and feeling…Fans of Anderson’s first installment of this series will devour this book and long for another visit with the residents along Route 117.”
– Library Journal Starred Review

I should have read the first book before I read Lullaby Road. There were references to what must have happened in the first book that made things confusing. There were also times when Ben stopped at places that I was just lost. I tried to muddle through to figure things out, but in the end, I remained lost.

I kept reading Lullaby Road because there were interesting parts. The setting of Route 117 was well described and I could feel the desolation. I drove a truck for a short time long ago and the author’s descriptions of driving down a long, lonely road brought back memories. The characters were also quite interesting. Based on their descriptions, I could see these quirky people who Ben stopped to see along the way.

I do like the author’s descriptions, I just feel like this book needs more of a definite plot. I think the child that was left with him may have originally been the focus of the book, but she got lost in the shuffle somewhere. I also wonder if the author has experience with children because I haven’t encountered any children who wouldn’t get antsy from sitting in a vehicle for so long.

If there’s another book in this series, I won’t read it until I’ve read the first book, and maybe the second one again. Perhaps Lullaby Road would make a lot more sense after reading The Never-Open Desert Diner.

JAMES ANDERSON was born in Seattle, Washington, and grew up in the Pacific Northwest. He is a graduate of Reed College and received his MFA in creative writing from Pine Manor College. His first novel was The Never-Open Desert Diner. His short fiction, poetry, essays, and reviews have appeared in many magazines, including The Bloomsbury Review, New Letters, Solstice, Northwest Review, Southern Humanities Review, and others. He currently divides his time between Colorado and Oregon. 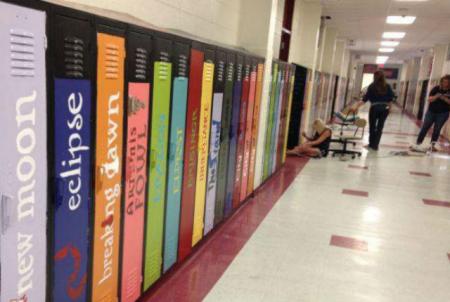 A group of teachers and volunteers are turning an 8th grade English hallway into an “Avenue of Literature” by painting 189 unused lockers to look like the spines of popular books. Read the full story on Mental Floss.

How and Why We Read: Crash Course English Literature #1 – John Green

There are a lot of famous books that people have tried to have censored over the years. The Adventures of Huckleberry Finn is always the first one the comes to my mind. But The Diary of Anne Frank? Originally, about 30% of this book was cut because she wrote about her sexuality in the entries. The entries have been reinstated and, of course, a parent recently tried to have the book banned. It boggles my mind that there can be so much sex and violence on television and someone is trying to have these classic books banned. Here are a few more famous books that were censored or expurgated from their original formats.

How to Speak at Special Events – Source 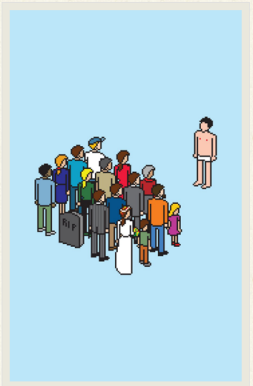 They say “don’t judge a book by its cover” but we all do, don’t we? I’ve seen a lot of book covers over the years, some plain, some interesting, some inspiring. Andrew Lindstrom made a list of 45 book covers that inspired him. The one pictured above is my favorite. 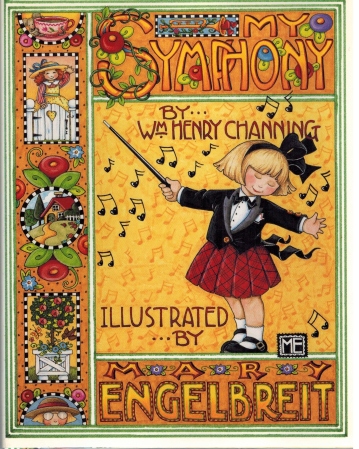 Description: Mary Engelbreit lovingly illustrates a radiant poem written by nineteenth-century clergyman William Henry Channing. The verse is a simple yet powerful one that lists the ways to live a virtuous life. Mary Engelbreit’s art perfectly accompanies the piece, inspiring us to think about a world where there is room for the real and the magical, the mundane and the unique, the practical and the spiritual. When Mary Engelbreit first read Channing’s poem, she fell in love with it, believing that its message was as significant in our time as it was in Channing’s. With clarity and simplicity, their work reveals the beauty to be found all around us if we’ll just stop long enough to see, hear, and appreciate the world–and follow our heart. Drawing on Channing’s poem for inspiration, Mary Engelbreit has composed her masterpiece, creating a keepsake for future generations.

Comments: There are such beautiful illustrations in this book that I wanted to share it. The poem is short and inspiring and the illustrations really bring it to life.  The book is for sale  here.